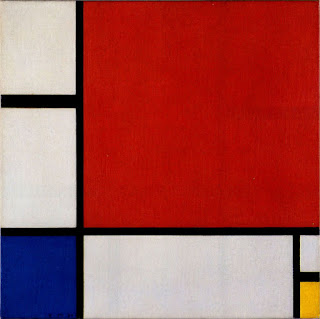 After the Apocalypse: Firefly/Serenity and Children of Men

A talk given earlier this year in Belfast for the Irish Screen Studies Seminar about two post-apocalyptic science fiction films, Joss Wheedon's Serenity (and the TV series it derived from, Firefly, and Alphonso Cuarón's Alphonso Cuarón's Children of Men . It also forms part of a chapter in Sean Redmond and Leon Marvell's Endangering Science Fiction Film. This passage comes from near the conclusion.

The dialectic of monstrous and sublime in these post-Apocalyptic films brings the two into extreme proximity. Drawing on historical accounts of zombi as culture of resistance and as myth of colonial hatred and fear of Haitian revolution, in a fine essay on Firefly/Serenity, Gerry Canavan speaks to the 'postcolonial resonance' of the zombie in the depiction of the Reavers. Canavan shares Achille Mbembe's analysis of the present as apocalypse:
To live under late modern occupation is to experience a permanent condition of “being in pain”: fortified structures, military posts, and roadblocks everywhere; buildings that bring back painful memories of humiliation, interrogations, and beatings; curfews that imprison hundreds of thousands in their cramped homes every night from dusk to daybreak; soldiers patrolling the unlit streets, frightened by their own shadows; children blinded by rubber bullets; parents shamed and beaten in front of their families; soldiers urinating on fences, shooting at the rooftop water tanks just for fun, chanting loud offensive slogans, pounding on fragile tin doors to frighten the children, confiscating papers, or dumping garbage in the middle of a residential neighborhood; border guards kicking over a vegetable stand or closing borders at whim; bones broken; shootings and fatalities—a certain kind of madness. 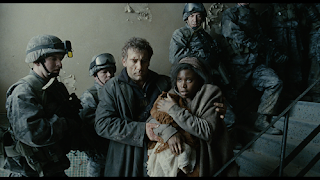 This, which might be a verbatim description of the Bexhill camp in Children of Men, is Mbembe's description of Gaza under Israeli military occupation. He concludes that this kind of government by permanent violence requires a new mode of political thought, one that reverses the polarity of biopolitics: we need, he argues,
the notion of necropolitics and necropower to account for the various ways in which, in our contemporary world, weapons are deployed in the interest of maximum destruction of persons and the creation of death-worlds , new and unique forms of social existence in which vast populations are subjected to conditions of life conferring upon them the status of living dead.
It is in this context that the zombie appears, the product of necropolitics who takes up the strategy of the powerful and turns it back on them. It is the revenge of the garbage: the repressed and excluded waste produced by the consumer society returns to assault the elites that most benefit from the system.

In this way the sublime is assimilated into the filth and abjection of the Reavers in Serenity and the motiveless mob that kills Theo's ex-lover Julian in Children. Against that we have the homeliness of Jasper's farmhouse and the 'Serenity'. But there is that third term, which earlier appeared as sublime: the aesthetic of formal, classical beauty in art and architecture associated with the domain of the wealthy and powerful in both films. Typically we oppose beautiful and ugly; or beauty and the sublime. There remains a third opposition: between the aesthetic, beauty, and the anaesthetic: the numb, the sensationless. The calm white architectures of the beginning and end of Serenity, and the apartment of a senior bureaucrat which houses both Picasso's Guernica and Michelangelo's David (we are not informed if these are copies or have been looted from less 'civilised' areas of the post-apocalyptic world) early in Children present themselves instead as the anaesthetic of a class capable of enormities without remorse, as if there were no waste, no refuse, no garbage, human and material: as if in fact we inhabited the waste-free worlds of so many previous science fictions. The danger these films face, the danger we might even say of all nihilism, is that the voided refuse of utopia has to pile up somewhere, and someone has to shovel it.

This is why, despite the humanitarianism of Children and the neo-liberalism of Serenity, Serenity is in the end the more utopian of the two, not because it promises a better world – far from it – but because where Children embraces an existential and lonely act of sacrifice as the highest good, Serenity has us embrace the posse as social unit, and the principle of misbehaviour. As Jameson has it,
The Utopian form itself is the answer to the universal ideological conviction that no alternative is possible, that there is no alternative to the system. But it asserts this by forcing us to think the break itself, and not by offering a more traditional picture of what things would be like after the break 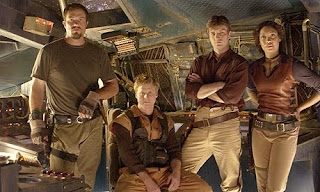 Jasper's farm, like Mr Universe's base, is a little utopia: a retreat from the world, but to that extent a cynical resort, a place without action except the action that terminates it. The 'Serenity' on the other hand embraces the difficulty of change. The present is the unique moment of action - definable as the moment in which events become irreversible. In Mal's neo-liberal belief, however, action is no longer possible: the heroic act damages but does not destroy, only redoubling the Alliance's desire for vengeance. Nothing fundamental changes: to believe is merely to survive in open space, the open market, 'The Black', as 'Serenity's crew call deep space, and the fog in the channel at the end of Children. The difference is that Mal's firm, his crew and ship, have as motive their continuation, their ongoing resistance, and sustaining themselves as a community at the expense of what the actually existing firm of the present does, which is to abandon all values save profit. The problem that remains, and that is integral to the externalisation of waste and environmental destruction in neo-liberal economics, is that this magical technology still generates refuse. Only in acknowledging this unspeakable detritus of history, can we be free to act towards the unspeakably different future.
Posted by Sean Cubitt at 1:50 AM No comments: