Two aphorisms in search of their authors

I've quoted these so often, and I can't find the source: any ideas?

"The sentimentalist is he who would enjoy without incurring responsibility for the thing enjoyed" (This comes from somewhere in Joyce, but for some reason I believe it originates with Meredith).

"Nowadays events no longer occur: the clichés operate spontaneously" (I believe this is from Karl Krauss. I used to use it as a definition of structuralism, but it applies to almost any late 20th century thought)
Posted by Sean Cubitt at 5:41 PM 3 comments: 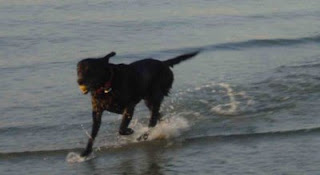 What is essential in any given situation is what is not the case. And this in at least two senses. 1. What cannot be made into a statement of the case, abstracted from its complexity of relationships and from change 2. What in the present moment is no longer or not yet. What is, is a result of what preceded it, but what is excludes whatever in its past did not eventuate. That order of the past, the past as it is unfulfilled in the present, is essential to the present for the same reason that what is not yet the case is essential: because both open up the inessential nature of what is the case. The uneventuating past persists in the present as the roads not taken, resources for the present's unique property, which is that it is alone the moment in which it is possible to act. The not-yet is equally essential, not only because it empties the present of plenitude, but because it is in the future, not the present, that actions have their consequences.

This ontology – a virtual ontology – implies an epistemology: knowledge is constituted in discourses which present what is the case, that is the inessential, abstracted and removed from the capacity for action. "Truth", for want of a better word, concerns the essential otherwise, both preceding and proceeding from the present. At a similar juncture, badiou proposes the third term of philosophical concern as the subject, noting that unless engaged in truth, "there is only existence, or individuality, but no subject" (Manifesto 108). I would rather say the third task is action, both ethical and political, seeing them on a spectrum as they were for Aristotle, from the good life to the realm of action (recognising their distinction but believing that the difference is sublated in the question of how action is possible).

This ontology nulls the subject-object distinction, restricting it to the status of knowledge. Inside the question of ethics is the question 'what is an agent?' and the implicit answer that agency requires that the individual be overcome by its mediations (complex relationships in states of change). The question of the subject is posterior to the question of agency. It is restricted to the question of ethics, the good life. Ethical action may be possible, at least within certain horizons, for the individual subject: I can live a good life, I can avoid self-contradiction. Political agency is not possible for individuals. In the polis, it is not the actors but the network that has agency, a network that is the virtual essence of the situation, one which incorporates all Others: human, natural and technological.


To subsist is the task of farming, architecture and medecine. To exist is the task of science. To persist – to come to the capacity to act – is the task of education. Action itself is mediation: the arrival of the unforeseen on the basis of all that has happened - and that has not happened.
Posted by Sean Cubitt at 5:06 PM No comments:

The idea was to write short, snappy memos. It became a place for thoughts generated in the short moments in a crowded schedule when real writing wasn't an option. Now my notebook is full of new fragments. An oddity: I never thought this would matter, it would be a diary I could access on the road. Google ensures that, as a Google app, it comes up high on a search for my name. Good side: hearing from old friends. Bad side: memos to self are public. Density of expression useful for the note form can be aphoristic but also cryptic, rebarbative, and open to criticism. Good side (2): getting smart comments. Including the occasional flame. Everyone lives in public. It's just a shame that publication under current conditions is commodified, so much that honesty flies out, and wearing a mask is the current form of the integral spectacle at the personal level.
Posted by Sean Cubitt at 2:22 AM No comments: